Moments ago, Constitutional Carry passed through the Georgia House of Representatives by a vote of 100-67, aided by tens of thousands of emails from the members of Georgia Gun Owners!

And the best part is that Speaker David Ralston and the rest of the RINOs in Atlanta were not able to put a single harmful amendment onto this legislation (SB-319.)

Now this bill is headed over to the Senate where it needs to receive a final floor vote before it can be sent to Brian Kemp’s desk and before Georgia can join the Constitutional Carry Club!

Many of you have sent dozens of emails to the legislature this session and I know that you’re getting tired. But we’re on the 5-yard line now, so fight hard and email your Senator NOW!

If passed, SB-319 would give law abiding Georgians true Second Amendment freedom by recognizing our right to carry a firearm for any lawful reason, without having to get permission from the government — or add our name into a government database.

It’s a freedom that Georgia Gun Owners has been fighting for a decade here in Atlanta, while dozens of other Republican-led states went ahead of us and passed the bill into law.

But they have all failed thanks to you!

Now, we’re on the 5-yard line. But we can’t take it easy until Brian Kemp has signed this bill into law and this fight has been officially won. So please email your State Senator right away!

We are starting to count the rest of this 2022 legislative session in hours, not days. There is no time to waste.

So send the fresh PRE-WRITTEN EMAIL that GGO has prepared for you right away, and then forward that link to every other gun owner you know and urge them to stand up for the Second Amendment, too!

Session is over THIS THURSDAY! We are going to fight until the very last second if need be! Take action now! 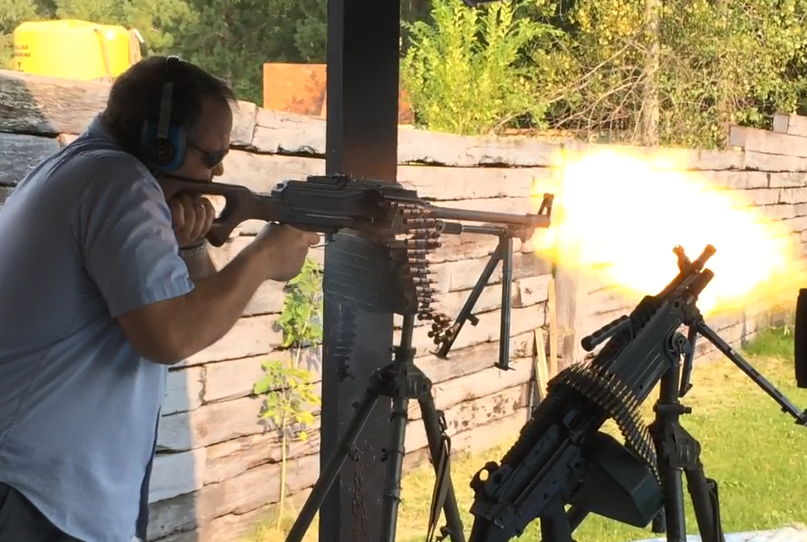 P.S. Moments ago, undoubtedly filled with rage for having to do so, Speaker of the House David Ralston put Constitutional Carry on the floor for its final House vote…and it passed 100-67!

Now SB-319 is headed back to the Senate, for what should be its FINAL vote before it can be sent to Brian Kemp’s desk for consideration. But time is running out! Email your Senator NOW!

Pressure from GGO members like you are why we are THIS CLOSE to finishing this fight! Don’t relent! Pour the pressure on the legislature until this bill is voted on for the last time!

*** reprinted with the permission of Goergia Gun Owners